ENIGMA'17- "We Create, You Celebrate" 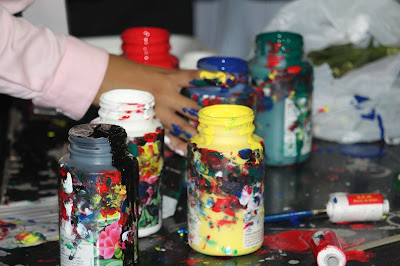 Art is one's emotions flowing in a river of imagination. 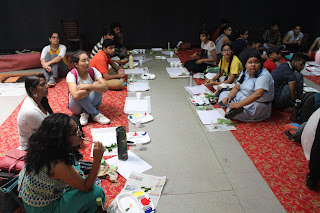 The Art Arena at ENIGMA 2k17, offered two different creative art formsto choose from, painting without brush in IMPRESSIONS, or painting a pot using three colours in TRIPPLING.
Plenty of participation from some of the best schools and arts colleges of tri-city produced paintings and pots that were enthralling enough and donned the Art Exhibition arena to audience's awe.
From ensuring minimum time lag while organising the event, adequate supply of material to managing a hefty crowd; 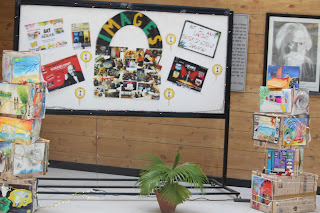 Everything was managed by our team quite flawlessly. At the end of the event, we were left with paint spotted shirts
and colourful hands,  all smiles, some captivating master pieces and an innate sense of satisfaction because the participants bid adieu by expressing how good the event was ! 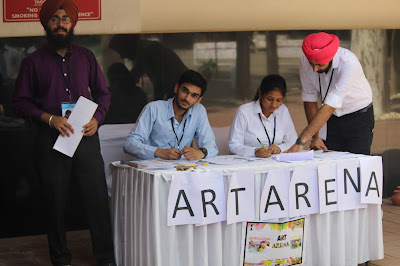 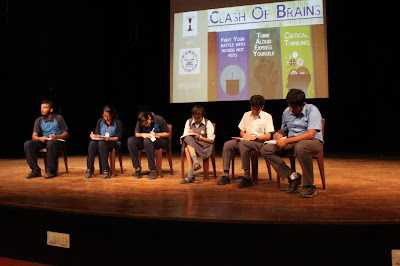 One should keep nurturing the knowledge one possesses and furnishing the skills throughout the lifetime. But what we miss at is the opportunity to showcase it. Clash of Brains, the literary event at ENIGMA 2k17, gave an opportunity to the participants 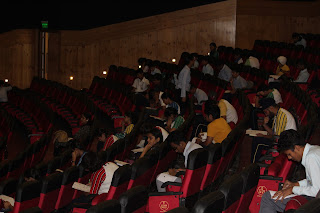 to showcase their knowledge and oratory skills through a wide variety of events like Quiz, Word Reaction Test, Group Discussion, Advertisement and a unique Extemporary for the final round, which were conducted seperately for the  junior and senior category students. 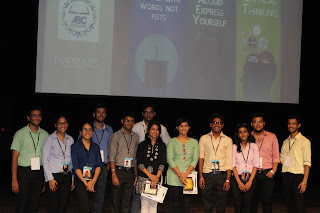 The way the participants performed and the energy which they exhibited is worth appreciating. Immense hard work, determination, undyig passion and a team with a common vision of offering something worth an experience made the event a huge success !
#ClashOfBrains
#ENIGMA2k17
#TogetherWeHave 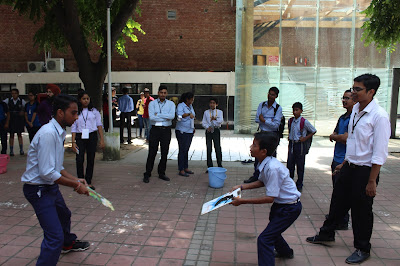 After brain clashes in the literary event, and splashing colous in the Art Arena, it was time to enjoy a few moments at the Central Perk; well, not the coffee shop, but our game zone at ENIGMA 2k17. 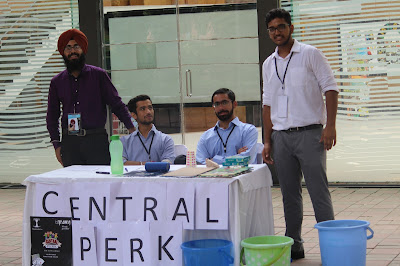 The fun section starred various minute to win it games like Pong-Tac-Toe, Office Tennis and Dominos. And as expected, the games did attract crowd as honey attracts bees. With 4 teams playing at a time in the knockout matches, we finally had 4 winners from as many as 100 participants. Needless to say, it turned out to be a fun and frolic event !
#CentralPerk
#ENIGMA2k17
#TogetherWeHave 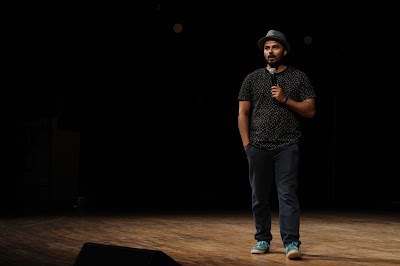 When the whole day had been so beautiful from dusk till dawn, we couldn't have made the night of September 6, less than a spectacle.  A crowd of 800 enthusiasts in the main auditorium of Tagore Theatre, had bursts of laughter at "SORABH PANT LIVE", starring one of the best Indian stand-up comedians. The hall was decked with people of all ages, laughing out loud to the funny comic ride ranging from politicians, MSG, women and a question answer round loaded with sarcasm. 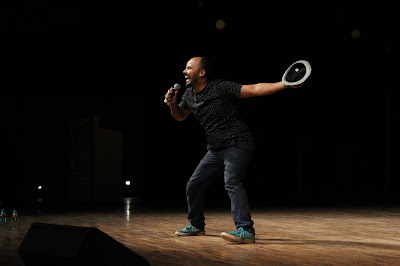 After a day full of rigorous hardwork, finally everyone got revived by 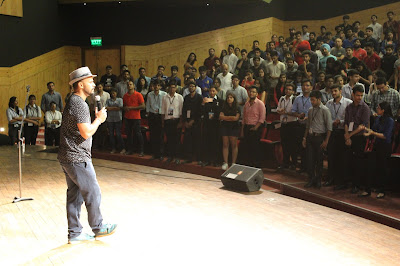 his humor that emblazoned in our minds. This founder of EIC tickled everyone's funny bone. The entire hall echoing with laughter provided a much needed relaxation from our monotonous lives.

As the effort of 4 months came to a thrilling end, we were left with immense learnings and heart throbbing memories. And now, on all subsequent nights, the only thing that the heart voices is- "Dream a little bigger!", for our experience says that dreams do come true by sincere effort.

KALAKRITI'17
'Look at the children, Look how they shine!' 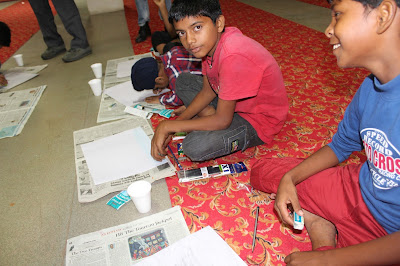 It was 6th of September, the day of colours, smiles and the glitz. Underprivileged children from Kartar Aasra adorned the NGO-subevent KALAKRITI, at ENIGMA 2k17, with their presence and vigour.
Armed with crayons, sketch pens and a refreshing enthusiasm, the kids painted their hearts out for an hour. Amongst giggles and laughter, the kids gave wings to their imagination- the simple act of being at liberty to express themselves, bringing wide smiles to their beautiful faces at Tagore theatre.

Some chose to dedicate their pieces to their mothers, others brought life to the city hue and some highlighted the issue of pollution, nature conservation and women safety in their art.
The bunch that despite lacking the resources we had, so beautifully managed to put their thoughts to canvas, was indeed a worth watching sight. Winners were accoladed with prizes.
Refreshments and goodies were then distributed, and the children left for their home, leaving behind an air of optimism and joy.

Their smiles, efforts, creativity and occasional waves of laughter made the event a great success.